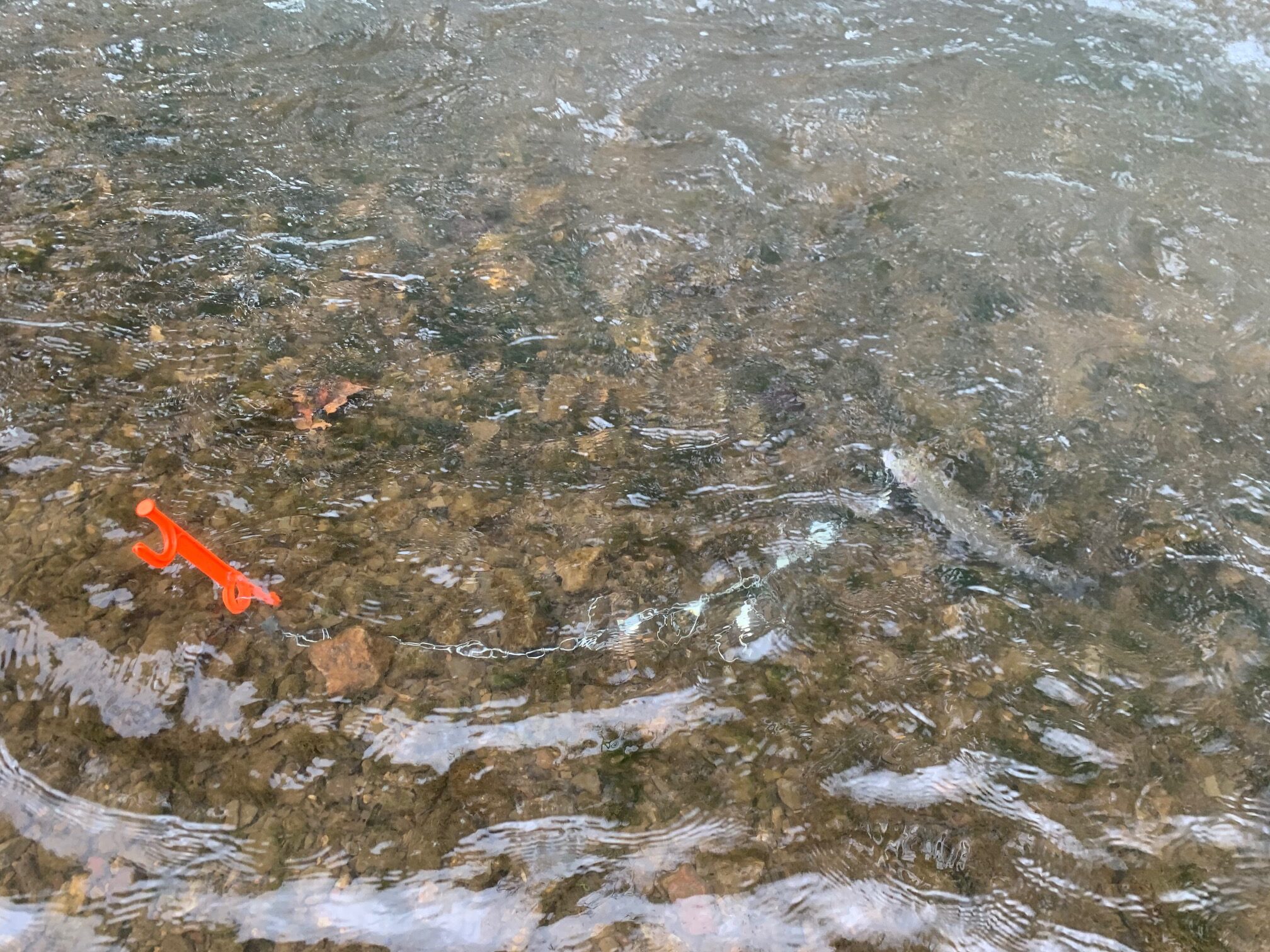 The First Day of the 2022 season brought very cold temperatures in Huntingdon County PA. I got to my spot at about 7:00 am and stood in six inches of water waiting for the 8:00 launch time. I stood with hands in pockets for most of the time and it really didn’t seem too bad…at first.

For my first cast I used Power Bait that was named ‘Original’ and tan in color. On the second cast I caught a nice Rainbow, about 11 inches. So great to get such a fast start! Feeling the tug and then the challenge of trying to not lose the fish against the current reminded me of how much I missed the experience of trout fishing. The hole was not very deep or wide so I did not have to share the spot with anyone. Then I caught another followed by a snag that took my hook, line and sinker. It was at this point of trying to get another hook and sinker on that really made me aware of how cold my fingers actually were. I could barely move my digits to manipulate knots then apply bait. I wanted to get the rig on fast but my fingers were not cooperating. After catching three Rainbow, I decided to switch to Butter Worms. My fingers we so cold that it took me at least two minutes to push the small hook through the soft worm and move it over the hook. Then I caught two more! It was exciting but placing five trout onto the stringer while swishing my hands in the cold water made my fingers even more numb. Next year I will try wearing gloves between fish! I heard they are designed to keep hands warm!

By about 9:15, I decided to leave for the car and drive the four miles back to camp. It took quite awhile to warm up my hands and fingers. But when they finally decided to come around, I filleted the fish and put them in the freezer. The other two guys I was with did not make it out. Guess they are getting a tad old or something!

I was out again Sunday morning at 7:30. Tried the same hole with Power Bait, Butter Worms and Panther Martins. Nothing doing. I then walked down stream to a much larger hole where I’ve fished the First Day last year and the year before that. No other fishermen were there. Great! I stood about twelve feet from shore in five inches of water and cast downstream with Power Bait. Nothing happened for the first four or five casts, then a strike! The hole is fairly long so I played the fish carefully until it was about three feet from me. I then held the rod high and reached for my net. Apparently the line became slack while I was getting ready to scoop up the 10-12 inch Rainbow. The fish was within three feet of my boots and broke loose, returning to the deep water. Hate when that happens! But I was not finished yet.

A few more casts yielded a fish that I was able to net and keep alive on a stringer attached to the Stick-in-the-Mud®. Because I was away from the shore in shallow water, it was great to hook the fish up on the stringer and shove the Stick in the gravel and mud close to where I was standing in flowing water instead of having to return to the shore and deal with the fish. After securing yet another Rainbow, I cast again. Got another solid bite! I slowly kept working the fish closer and closer, then about six feet from me it broke lose! Got one missed two. But you have to be optimistic. I did catch at least.

Because of work, I had to leave Sunday afternoon with six Rainbow nicely filleted. Hopefully, the weather will soon straighten out and I’ll find time to hit a stream soon as the trees start to show that light spring green amid the Redbuds, stray daffodils and wild orchids. 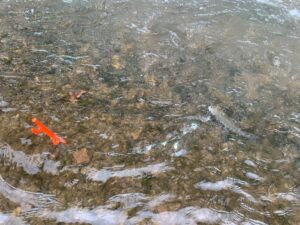 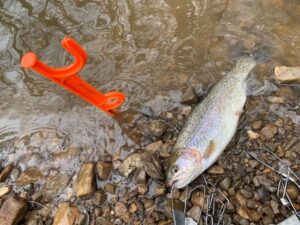 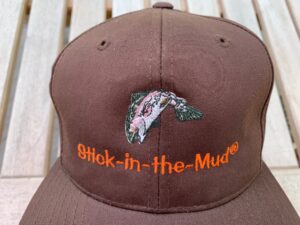 Never had I seen the stream I visit on the First Day of trout season so swollen. It pounded down rain the night before so 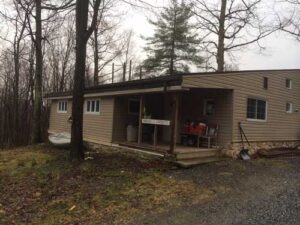 The 2018 season started out hot. What I mean by ‘hot’ has nothing to do with the amazing trout I caught. I’m actually referring to